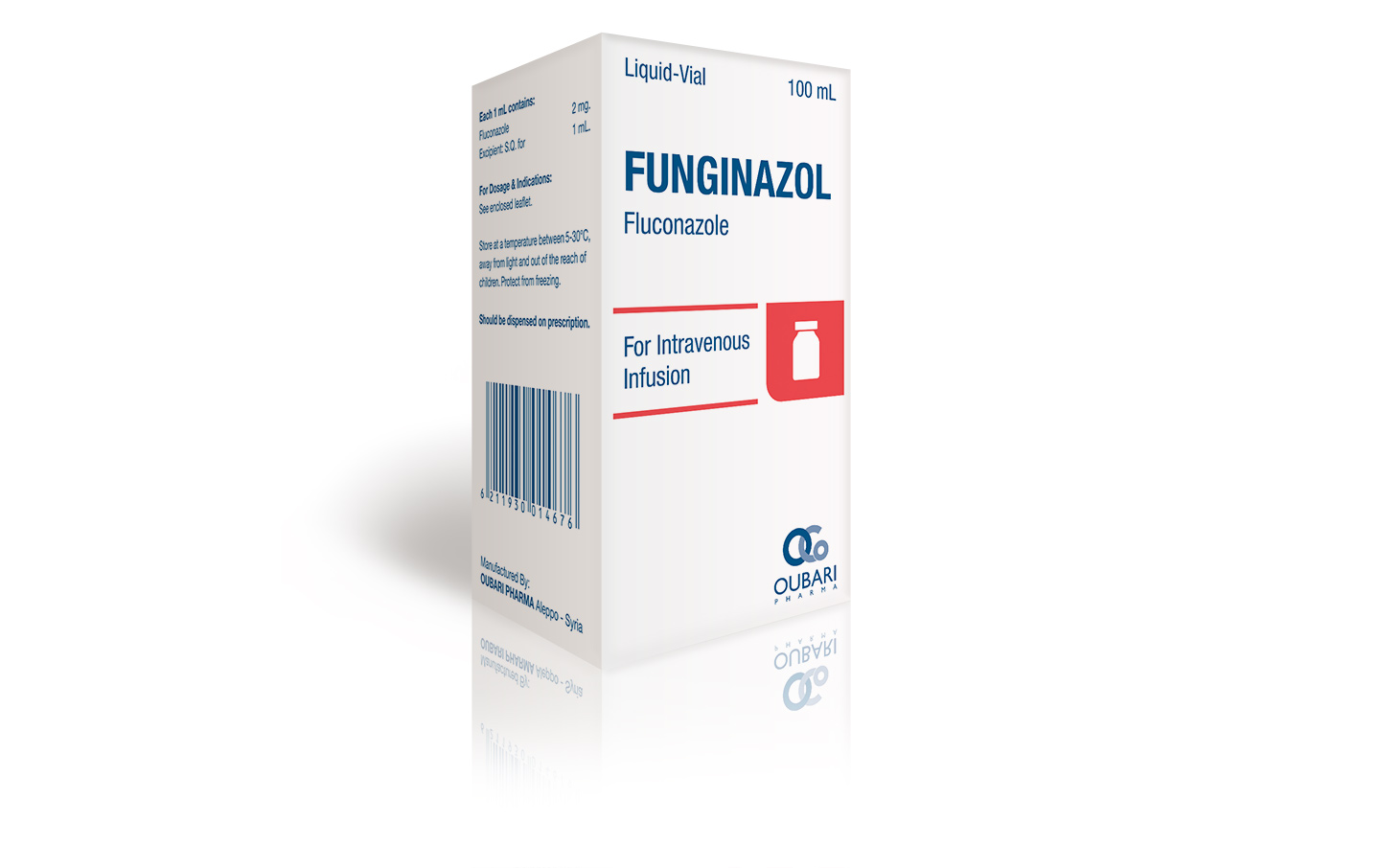 Each one mL of Funginazol contains :

(400) mg on the first day, followed by (200) mg daily. The treatment for initial therapy is (10-12) weeks after the cerebrospinal fluid becomes culture negative.

Cryptococcal meningitis in patients with AIDS:

in patients undergoing bone marrow transplantation is (400) mg once daily.

Doses up to 12 mg / kg / day may be used based on medical judgment of patients response to therapy.

12 mg / kg on the first day, followed by 6 mg / kg once daily. Duration of treatment for initial therapy is (10-12) weeks after cerebrospinal fluid becomes culture negative.

Fluconazole injection has been used safely for up to fourteen days of intravenous therapy (infusion), the maximum dose is 200mg/hour by intravenous infusion.