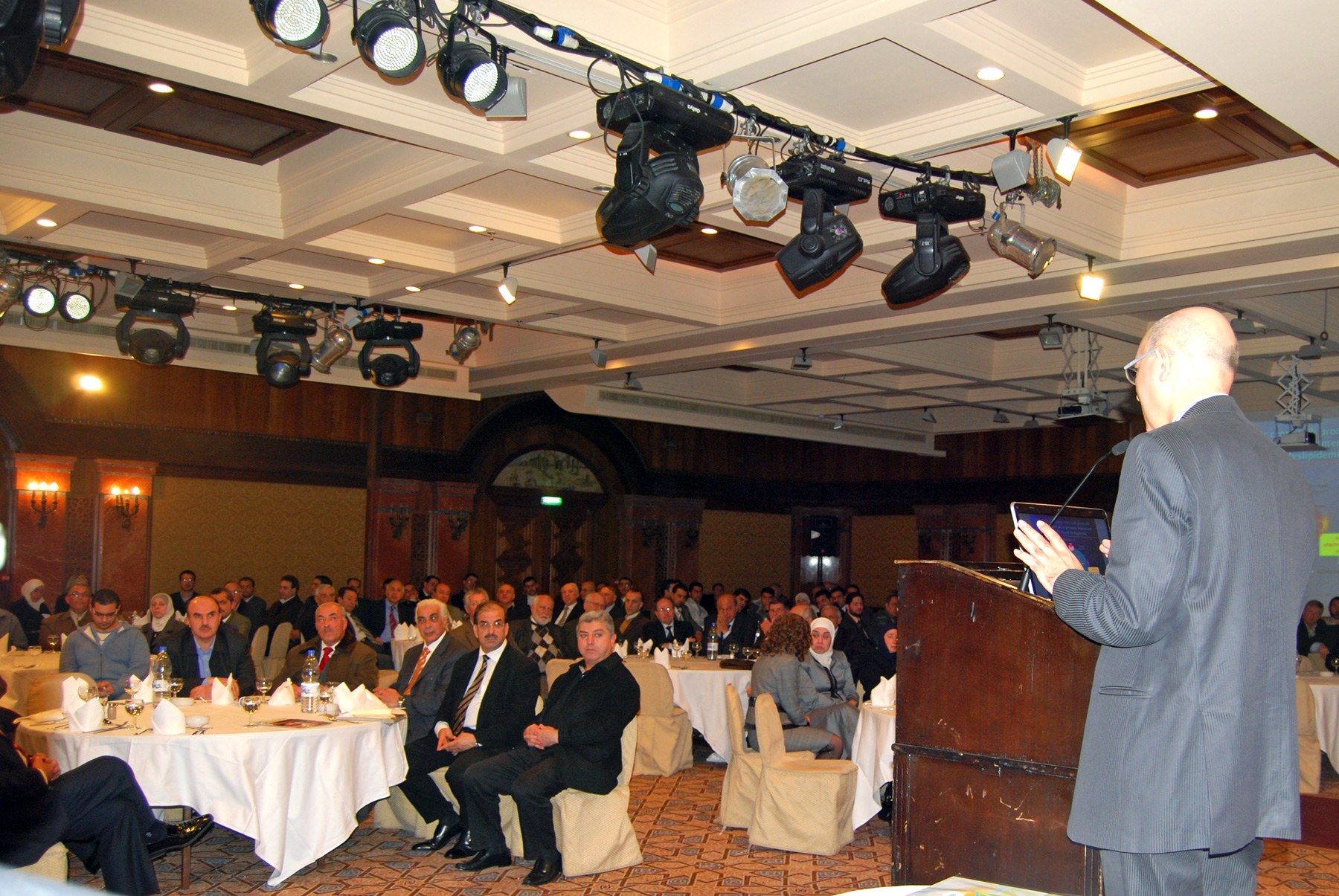 Oubari Pharma held seminars in Aleppo, Damascus, Hama, and Homs where the company introduced NEOMERIL, a product used to effectively reduce the risk of cardiovascular events in patients with stable ischaemic heart disease.

The seminars were attended by a large number of the country’s leading doctors, mainly whom were specialized in the treatment of cardiac, internal, and renal diseases. Each seminar featured a thorough presentation of NEOMERIL by Dr. Safwan Al-Kadi*, a highly recognized cardiologist and lecturer. In his presentations, Dr. Al-Kadi explained the mechanism of atherosclerosis and declared that smoking, obesity, hypertension, hypercholesterolemia, hyperlipidemia, and stress are risk factors that may provoke an inflammatory reaction in Intima (the innermost coat of blood vessels). Those risk factors may also lead to the self-destruction of vessel cells, a phenomenon known as Apoptosis (programmed cell death), resulting in artery stenosis and clot formation. Dr. Al-Kadi later described the role of NEOMERIL in preventing the occurrence of Apoptosis as well as preventing inflammatory phenomena in the arteries wall. Finally, he concluded by declaring that NEOMERIL (perindopril erbumine) must be considered as one of the basic medicaments in treating stable coronary artery disease.

Dr. Amer Kasrawi, medical advisor at Oubari Pharma, explained that the seminars were aimed at keeping doctors up to date with Oubari Pharma’s latest products as well as discussing new developments in the treatment of cardiovascular diseases and atherosclerosis, mainly stable coronary artery diseases. On the other hand, he considered all seminars successful, and on behalf of Oubari Pharma thanked all participants for attending.