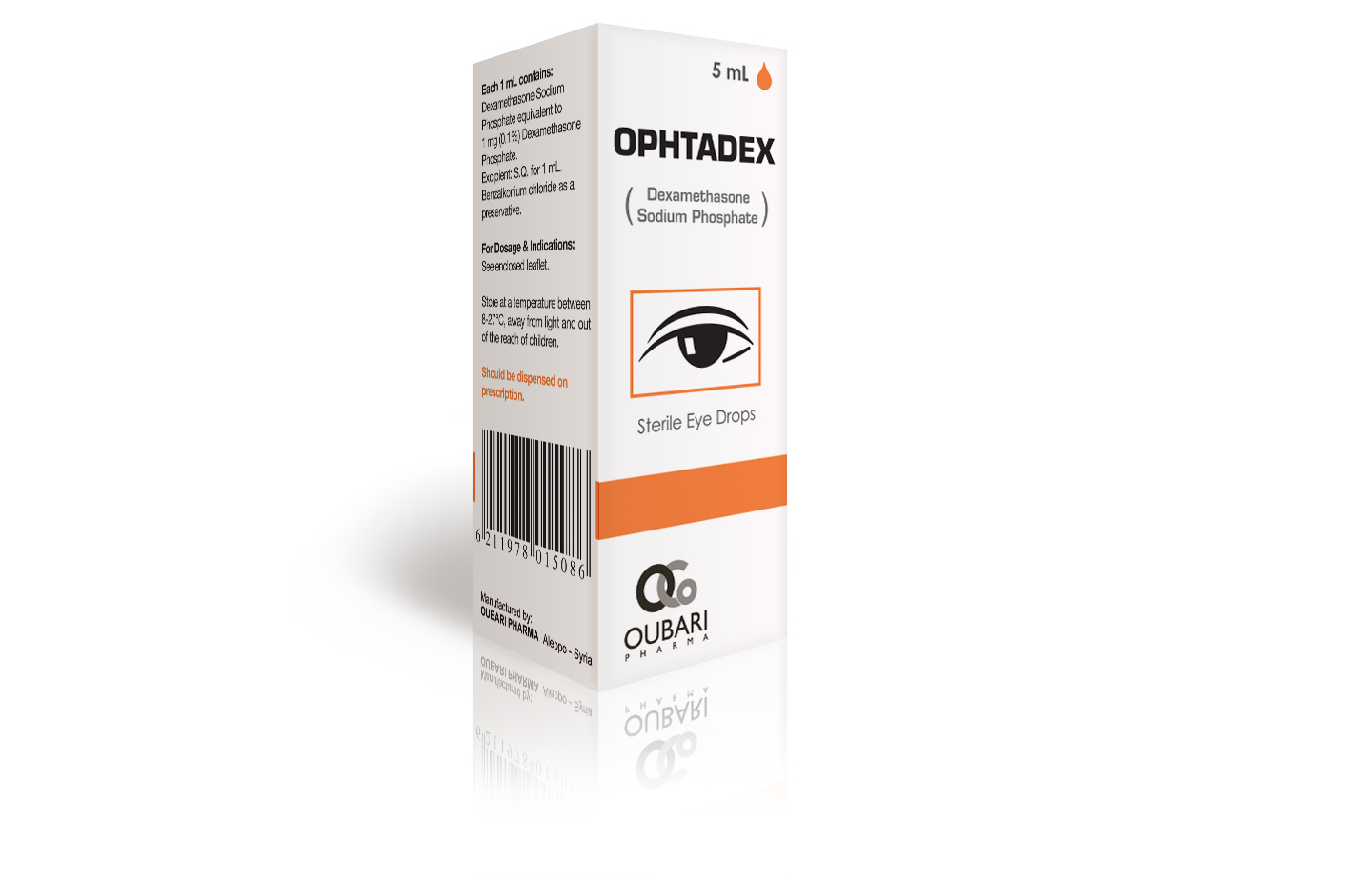 Steroid responsive inflammatory conditions of the palpebral and bulbar conjunctiva, cornea, and anterior segment of the globe, such as allergic conjunctivitis, acne rosacea, superficial punctate keratitis, herpes zoster keratitis, iritis, cyclitis, selected infective conjunctivitis, when the inherent hazard of steroid use is accepted to obtain an advisable diminution in edema and inflammation; corneal injury from chemical, or thermal burns, or penetration of foreign bodies.

Ophtadex eye drop is also indicated in steroid responsive inflammatory conditions of the external auditory meatus, such as allergic otitis externa, selected purulent and nonpurulent infective otitis externa when the hazard of steroid use is accepted to obtain an advisable diminution of edema and inflammation.

The duration of treatment will vary with the type of lesion and may extend from a few days to several weeks, according to the therapeutic response.

Instill one or two drops of solution into the conjunctival sac every hour during the day and every two hours during the night as initial therapy. When favorable response is observed, reduce dosage to one drop every four hours. Later, further reduction in dosage to one drop three or four times daily may suffice to control symptoms.

Clean the aural canal thoroughly and sponge dry, instill the solution directly into the aural canal, a suggested initial dosage is three or four  times a day, when a favorable response is obtained, reduce dosage gradually and eventually discontinue.

If preferred, the aural canal may be packed with gauze wick saturated with solution. Keep the wick moist with the preparation and remove from the ear after 12 to 24 hours. Treatment be repeated as often as necessary at the discretion of the physician.