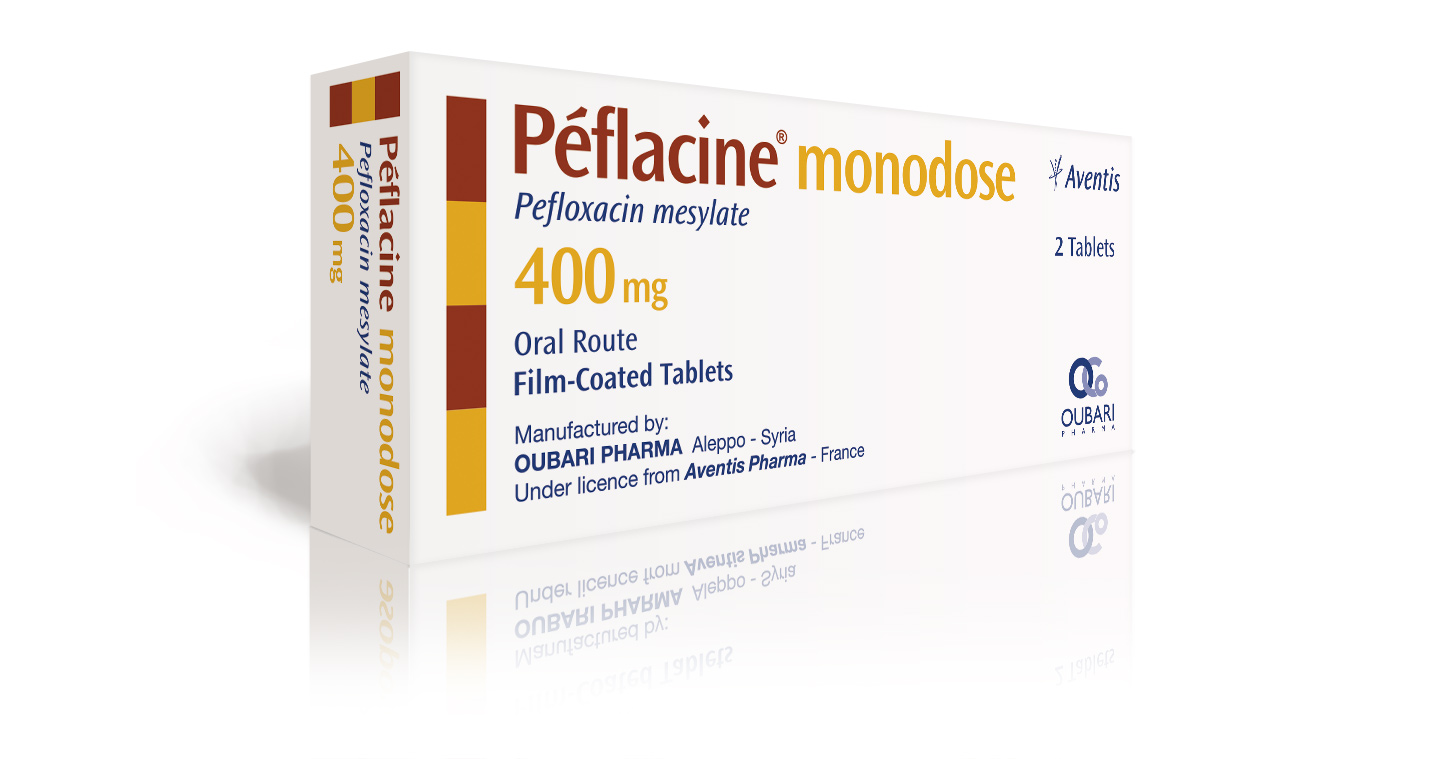 The use of Peflacine Monodose 400 mg is limited in adults to the single dose treatment of:

Strictly follow the recommended dosage unless directed otherwise by the physician.

Two tablets of Peflacine monodose 400 mg in a single intake with meals.

In patients over the age of 65 or with hepatic insufficiency, in case of ascites or icteria, daily dosage is 400 mg.