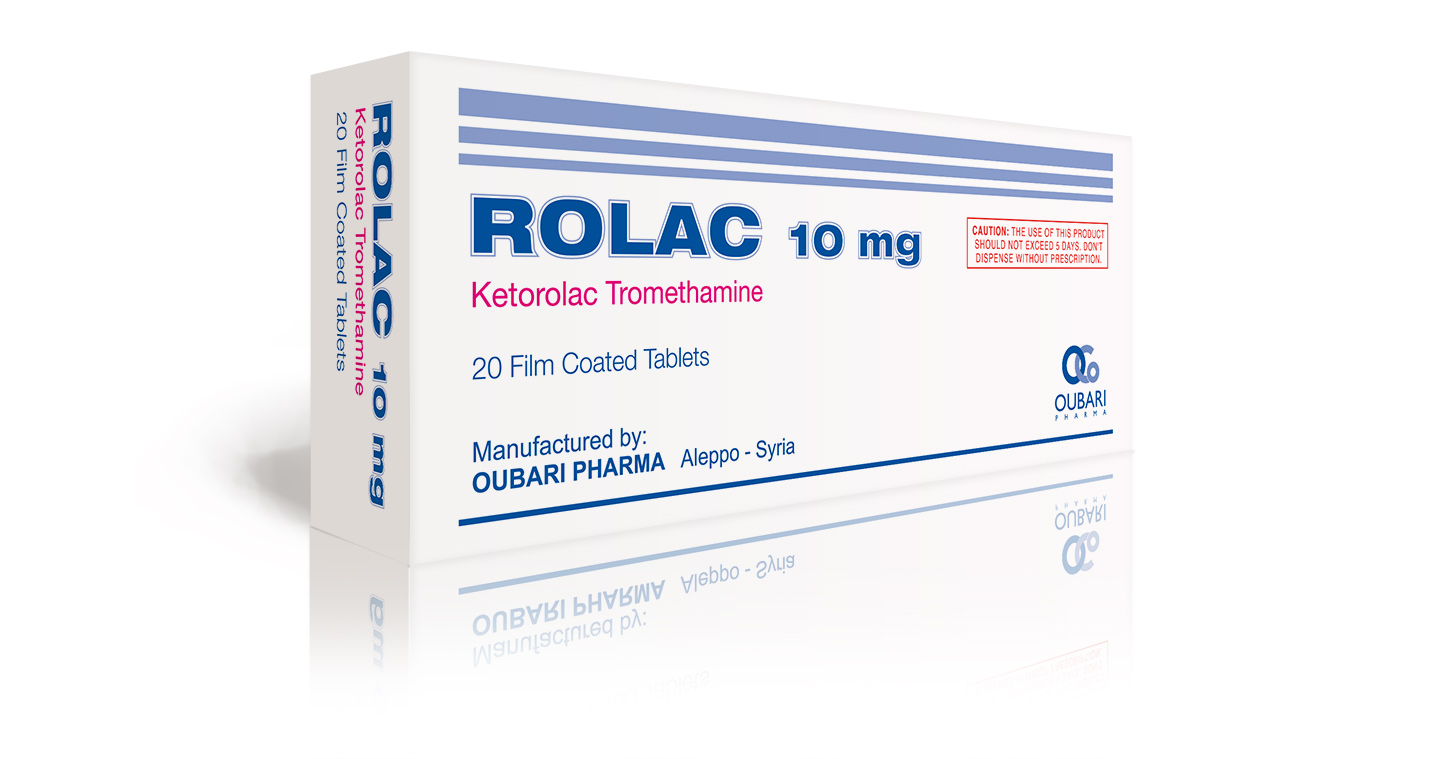 Rolac (Ketorolac tromethamine) is a member of the pyrrolo-pyrrole group of nonsteroidal anti-inflammatory drugs (NSAIDs).

Each film-coated tablet of Rolac contains :

Rolac is indicated for the short-term ( ≤  5 days) management of moderately severe to acute pain that requires analgesia at the opioid level, usually in a postoperative setting. Therapy should always be initiated with Rolac (IV/ IM), and Rolac (oral) is to be used only as continuation treatment, if necessary. Combined use of Rolac (IV/ IM), and Rolac (oral) is not to exceed 5 days of use because of the potential of increasing the frequency and severity of adverse reactions associated with the recommended doses. Patients should be switched to alternative analgesics as soon as possible, but Rolac therapy is not to exceed 5 days.

Rolac (IV/ IM) has been used concomitantly with morphine and meperidine and has shown an opioid-sparing effect. For breakthrough pain, it is recommended to supplement the lower end of the Rolac (IV/ IM) dosage range with low doses of narcotics preparations, unless otherwise contraindicated. Rolac (IV/ IM) and narcotics should not be administered in the same syringe.

The use of  Rolac (oral) is only indicated as continuation therapy to Rolac (IV/ IM).

Patients should be switched to alternative analgesics as soon as possible, but Rolac therapy is not to exceed 5 days.

When administering Rolac (IV/ IM), the IV bolus must be given over no less than 15 seconds. The IM administration should be given slowly and deeply into the muscle. The analgesic effect begins in ~ 30 minutes with maximum effect in 1 to 2 hours after dosing IV or IM. Duration of analgesic effect is usually 4 to 6 hours.